… because everything which dries quicker, remains beautiful longer.

Ten years ago, we developed AquaBalance renders (top coats) with the natural active principle against algae and fungi growth.

Since then, more than 15 million square metres of facades have been rendered with AquaBalance solutions, saving over 63 tons of environmentally harmful biocides.

From 2019, we offer our complete range of facade renders with the environment-friendly technology and make AquaBalance our standard.

A mineral render is a building material with a rich tradition. It not only offers a wide range of design options, but is also an extremely economical solution compared to other façade coatings.

Only one point clouds the positive balance: algae and fungi growth spreads on many render facades after only a short time. The grey-green haze does not pose a danger to the building structure, but it does impair the appearance of the building and is often claimed as a defect.

Secure detailing, for ex. on roof and parapet edges, reduces the risk of infestation, but does not in itself provide secure protection. Saint-Gobain Weber's AquaBalance render technology successfully prevents the growth of microorganisms.

Render is a fascinating facade material that can be rediscovered again and again, both visually and haptically.

For a long time, the addition of biocides was considered the most effective method of killing algae and fungi.

However, this has two serious disadvantages. Render surfaces with biocidal film preservation demonstrably lose their protective effect after a few years. Furthermore, the chemical additives are highly harmful to the environment.

With AquaBalance, Saint-Gobain Weber offers a render technology that has won several awards and solves the problem physically rather than chemically. A hydrophilic active principle ensures effective and long-lasting protection of the facade against algae and fungi.

Brilliant white instead of algae green. Without chemicals.

Various factors favour algae infestation of facades. These include proximity to vegetation and water, improperly drained splash water areas, shady locations, high precipitation, airborne pollutants, but also modern construction methods with low roof overhangs and efficient thermal insulation. The facade surface plays an important role in prevention. Many manufacturers mix biocides into their renders to destroy algae and fungi spores. In the first few months, these actually kill the microorganisms. But the water-soluble biocides are washed out of the facade by the rain within a short time.

This has a doubly negative effect: the protective function is lost, algae and fungi can sprout again unhindered. And the biocides enter the surrounding soil and our groundwater with the rain. AquaBalance technology does not require biocides that can be washed out and offers natural and lasting protection against algae and fungi.

With AquaBalance technology, Saint-Gobain Weber has developed an environment- and health-friendly alternative to biocide-containing renders through years of research.

AquaBalance technology counters algae and fungi with a highly effective physical principle that is also particularly beneficial in an ecological point of view. The hydrophilic surface protects facades from green growth in a completely natural way.

As a result, AquaBalance renders can completely dispense with biocides that can be washed out. Some of the common biocides that are added to renders to protect against algae are suspected of causing cancer and damaging genetic material.

The quantities involved are enormous: a single bucket of conventional pasty facade render contains up to 80 grams of biocides. This adds up to about 450 tons of the pollutants that are washed out of facades into the surrounding soil and into our groundwater in Germany every year, and from there end up in streams and rivers.

More and more people are not only buying organically grown food, but are generally paying attention to a low-pollutant, healthy environment. Many building owners are open to clean alternatives and grateful for appropriate advice. Authorities and public institutions are also becoming increasingly sensitive to issues of building environmental protection. Some municipalities already tie the awarding of subsidies to the use of biocide-free products. But even beyond government requirements, all those involved in the building process – manufacturers, builders, planners and architects – bear responsibility. Take advantage of this simple opportunity to reduce the ecological footprint of your buildings and actively contribute to environmental and water protection.

The AquaBalance renders received the award "Bundespreis ecodesign" in 2012. In 2013, for ex. they were awarded the renowned "Innovation Prize Climate and Environment" (IKU) by the Federal Ministry for the Environment. And in 2016, the jury of the Greentec Awards chose the AquaBalance technology as one of the three best solutions in the category "Building and Living".

Renovation of an old barn

Renovation of an underground car park in record time

Refurbishment of an assembly hall in record time 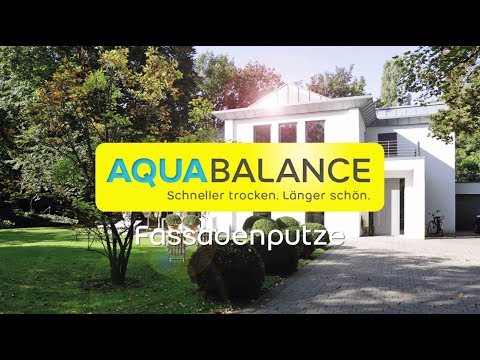 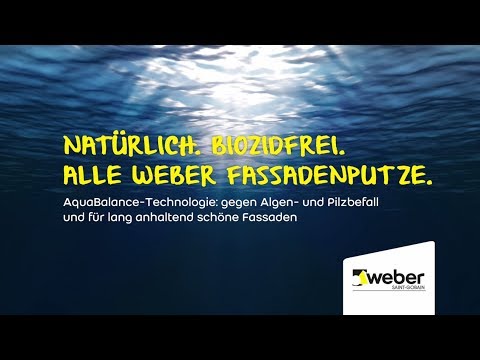 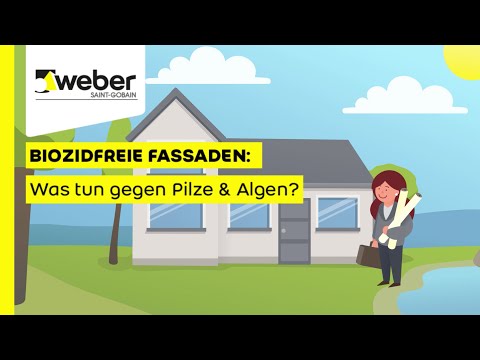